From c1550 when Faversham Abbey instigated the first explosives production until 1934, explosives were one of Faversham’s main exports, with great demand from Chatham and Sheerness Dockyards, the Woolwich Arsenal and the Tower of London, as well as brisk European trade.

The gunpowder industry in Faversham reached its peak during the Napoleonic Wars when Chart Mills very probably supplied powder for both the Battles of Trafalgar and Waterloo.

Chart Gunpowder Mills was part of Home Works and the oldest in the area (oldest in the UK apart from Bermondsey, built in 1530). Oare Works and Marsh Works followed, making Faversham an important centre for explosives production and, in 1759, was nationalised by the government in order to ensure a steady supply of high quality gunpowder.

Chart Gunpowder Mills are open from April to October, 2pm to 5pm, Saturday, Sunday and BHs.

There is no admission charge, but donations are appreciated.

Groups and those with a special interest can visit at other times by arrangement with the curator John Breeze - Telephone 01795 534915 or by contacting the Fleur de Lis Heritage Centre. 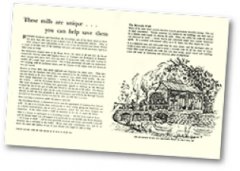 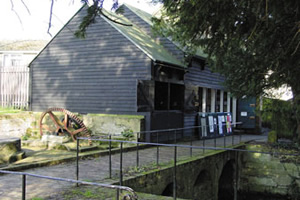